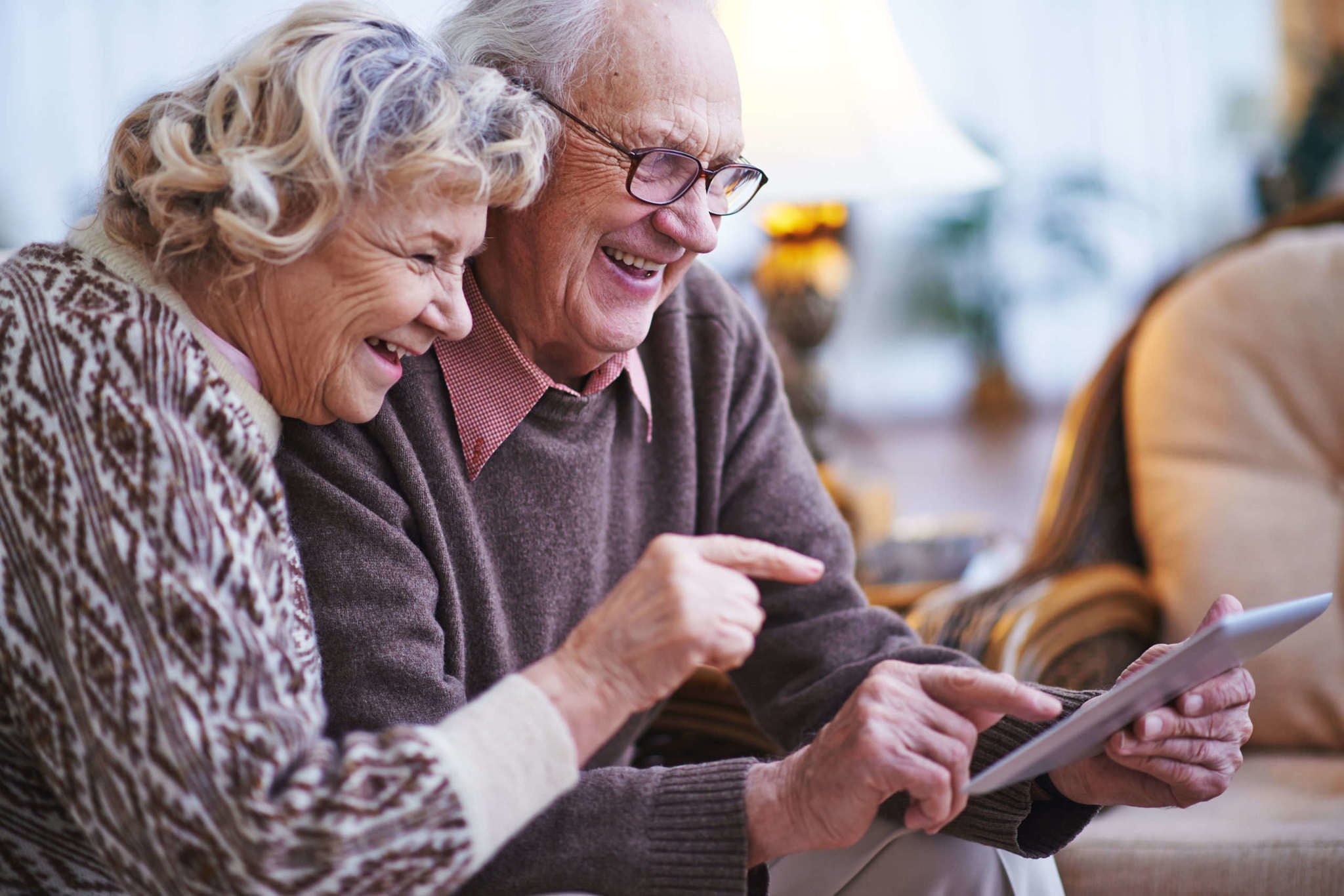 If you are an American citizen, or you have lived in the United States for 5 years or more without leaving, then you are eligible for Medicare when you turn 65 years of age. There are however some exceptions to this rule for individuals under the age of 65 who meet certain qualifications for early enrollment into Medicare. These special circumstances can be any of the following:

There are of course many other special circumstances for individuals with unique needs and or conditions. The average American should know that they are automatically eligible for Medicare enrollment at age 65.

When is Medicare Enrollment 2020 For Part B?

Unless you have special circumstances allowing you to delay Medicare enrollment, it is highly recommended that you sign up for your Medicare Part B coverage as soon as you are eligible. Delaying enrollment will push back your coverage start date, and you could be subject to penalties if you wait too long. If you enroll:

Let’s take a look at an example or further clarification. Let’s say that Charles will turn 65 on April 15th 2020. Carl’s initially became eligible in January of 2020. Charles can choose to make elections for his Medicare enrollment in January February and March, and it’s coverage will begin on April 1st because that is his birth month.

Let’s say Charles puts off his enrollment for whatever reason and he decides to make elections for his Medicare enrollment 2020 in April during his birth month. Coverage for Charles will start on May 1st 2020, which is the first day of the month after his birthday month.

If Charles decides to make his elections for Medicare enrollment 2020 in May, which is the month after his birth month, coverage for Charles will not begin until July 1st of 2020 which is 3 months after his birthday month.

Charles decides to make his elections for Medicare enrollment 2020 in July, which is the last month of his initial enrollment., and 3 months after his birthday month, then his coverage will not begin until October 1st of 2020.

To enroll in Medicare Parts A and B, go to, https://www.ssa.gov/benefits/medicare/

Let’s look at another example for Charles:

Charles who turns 65 in April of 2020, has an initial enrollment period for his Medicare Part D from January 2020 to July 2020. Based on when he enrolls is when his coverage begins. If he enrolls in:

What if I Miss Medicare Enrollment 2020?

To view Medicare Advantage plans available in your area, go to:

Medigap or “Medicare Supplement” open enrollment is a one time 6 month period that starts from the time you are 65 or older and enrolled in Medicare part B. This is the guaranteed issue period for a medigap plan, which means that anyone eligible during this period can enroll regardless of health issues. You can not enroll in Medigap if you choose to enroll in a Medicare Advantage Plan. Essentially you have two choices for coverage:

Beneficiaries are allowed to switch back to original medicare from an advantage plan, but there is no guarantee that they will be approved for another medigap plan once they are outside of their one time guaranteed issue period, and they should speak with a Medicare Professional about this decision because it is VERY IMPORTANT. 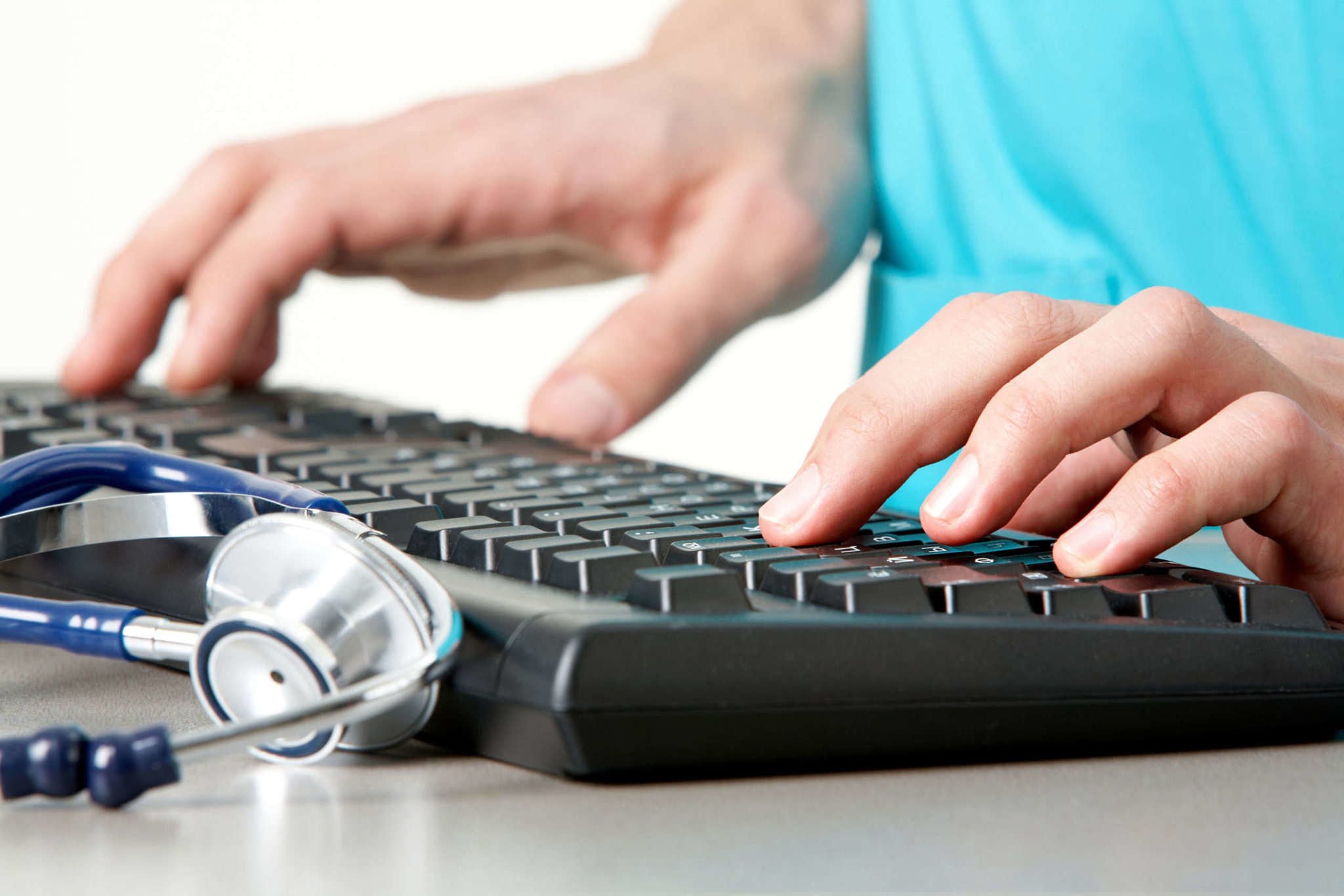 Medicare Telehealth 2020 will be made available to all beneficiaries! As of March 6, 2020, the Centers for Medicare and Medicaid services CMS, have lifted the limitations on Telehealth services for Seniors in response to the Covid-19 pandemic that is plaguing the entire planet. This was all made possible after President Donald Trump declared the United States was in a state of emergency under the 1135 Waiver Authority and the Coronavirus Preparedness and Response Supplemental Appropriations Act.

Up until just recently, Telehealth services for Medicare beneficiaries were typically limited to beneficiaries living in rural areas. In order for the services to be covered by original Medicare, these beneficiaries typically had to drive to a medical facility miles away from their homes, just to speak with a doctor over the phone or video call. This is in the best interest of the senior population who are the most susceptible to death by the Coronavirus.

This is not to be mistaken with Medicare Advantage plans, ,the private alternative to Original Medicare which you can learn more about here: https://westfallinsurance.com/MAPD Nearly all Medicare Advantage plans have some form of Telehealth services for their beneficiaries. Telehealth services currently come in three different options: Telehealth visits, virtual check-ins, and E- visits and part B of original Medicare assists with the cost-sharing of these specific services.

Telehealth visits are for routine doctor and other medical professional visits that are non life-threatening, and typically done in person.

E-visits, are the one type of Telehealth option that do not require any type of face-to-face or spoken communication with a medical professional. Patients can access their portal and receive the basic care they are looking for.

What Does Medicare Telehealth 2020 Expansion Mean?

There is no telling when the Covid-19 virus will subside, and I believe we are getting a very real glimpse into the future of what will begin to be the new norm in modern healthcare. Not only will we see change in this industry, but in many different Industries. Bars and restaurants seem to be shifting towards more delivery, cars are self driving, and e-sports are the only thing people can get together for. Insurance agents like myself, working in Medicare, will have to adapt and operate on a remote basis. Virtual Doctor visits are is by no means a brand new thing.

Americans working at medium and larger sized companies usually have some sort of phone-a-doctor program in their benefits package that hardly anyone uses, but that could change very soon because it is sounding a lot better than being around sick people and I think the popularity of it will only go up! These days you can’t even sneeze in public without people looking at you funny! In 2019 people used to just say, “Bless You.”

Initially, we will not be happy with these changes that are coming because we are human and we want to be comfortable. With all the chaos going on, I am predicting that Medicare Telehealth 2020 participation skyrockets. It certainly feels like the shifts we are seeing across a number of industries and in our own lifestyles was inevitable. It would also appear that the Corona Virus is the catalyst for this change in more ways than one.

If you or someone you know is looking for some options and consulting on Medicare from the comfort of your own home and computer. Go check out this site that will list many of the top Medicare supplement plans, Prescription Drug Plans, and Medicare Advantage plans available in your area. https://medicareful.com/westfallinsurance or just go straight to the government website at : https://www.medicare.gov/ 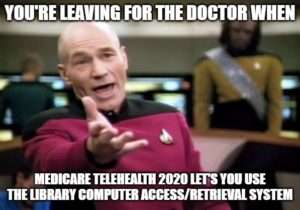